About the Alexander Technique

Many of us are using a great deal of unnecessary muscular tension in our daily activities, even when we think that we are relaxed. Indeed modern life is so busy and stressful that it causes a great deal of physical, mental and emotional pressure. This makes us lose the good co-ordination of the whole body, which we originally had. Instead, we get used to a misuse of the body as a long-term habit.
This misuse may affect over health, and it may cause us aches or pains and discomfort such as backaches, frozen shoulders, stiff neck, migraine, a general lack of vitality, insomnia etc. 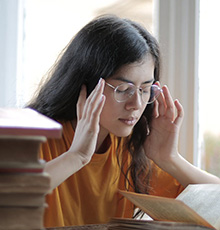 What is the Alexander Technique?

The Alexander Technique improves the way you use yourself in daily activities. In our lessons we try to give you a new sensory experience of how to use your body. We teach you how to get rid of old habits and how to restore the right amount of muscular tension. The Alexander Technique is not a therapy, nor a healing method, nor a form of physical exercise, but it is about learning a good use of yourself, which may help to resolve pain and discomfort. 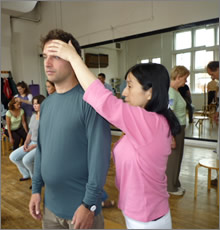 Benefits of the Alexander Technique

The Alexander Technique can bring about:

The Technique can help with a wide range of problems due to over-tension or poor posture. It can also help to increase your vitality and alertness.

The Technique can release you from over-stimulated mental tension and can restore a good co-ordination and unity of the brain and the body. Performers can develop clarity of perception and flexibility of movement. Today many performing artists and athletes employ the Technique to their practice. The Technique is adopted in most leading music, drama and dance schools and colleges including the Royal Academy of Music, the Royal Academy of Dramatic Art and The Juilliard School. 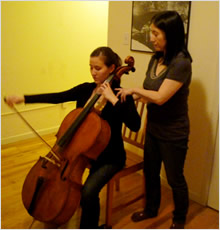 The Technique develops a deeper and broader awareness. Through the lessons you will learn to inhibit impatient reaction to any stimuli. Instead of unconsciously reacting, you will learn to stop and to give yourself new mental directions for the use of your body. We call this pause before the action ‘inhibition’.
The idea of 'inhibition' implies that, the "how" we perform a certain act (the means-whereby) is more important than the "result" of this act. It is a new approach to how we deal with stimulus in movement and you can use the idea of ‘inhibition’ to all the stimuli of life in general. It can be a guide to continuous self-discovery.

Alexander was born in Tasmania (Australia) in 1869. After achieving his first successes as a young actor, Alexander started to suffer from severe throat problem and loss of voice. Fearing that he would have to give up his profession, he followed the medical advice to rest his voice, but this worked only temporarily. As soon as he went back to the stage, his problems came back, again and again.
Alexander recognized that the cause of his problems must lie in the way he was using himself when reciting on the stage. No doctor could help him in his research, so he decided to find the solution himself.
After years of patient observation, he found out that his throat problem was not an organic matter, but that it resulted from his habitual misuse — pulling back his head , shortening of his spine and an increasing pressure on his throat.
He discovered a technique and developed a method of re-educating himself and others in maintaining and restoring a good co-ordination of the body. 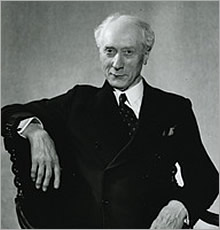 Fumie Hosoi (Society of Teachers of the Alexander Technique) is currently the sole Head of Training certified by STAT in Asia. She studied Alexander Technique at the North London Teacher Training Course under Misha Magidov, and after her training, she stayed in London to teach private students as well as working as a visiting teacher at the training school. Her pupils included many music students from the Royal Academy of Music and the Purcell School of Music. She has worked with master teachers and trainers such as Marjory Barlow, Shoshana Kaminitz, Giora Pinkas as well as Yehuda Kuperman.

At the end of 2004 she returned to Japan and started the Alexander Technique Studio in Tokyo (ATST). Since then she has given many sessions for musicians and actors, classes at universities as well as one-on-one private lessons. In 2013 she was given permission by STAT to open a training course in Tokyo, and it is currently the only STAT certified school in Asia. She has worked through lectures and workshops with organizations such as Suntory Hall Academy, Tokyo Metropolitan Theatre and the National University of the Arts. Since 2016 summer, she started a week-long workshop series titled “Alexander Technique and the Performing Arts” which includes a series of various performing arts workshops, linking them to exploring the understanding and practice of Alexander Technique. Through these workshops she has collaborated and invited master teachers such as Ilan Rachel (AT and movement teacher, Royal Academy of Drama), Yusuke Kanai (National Treasure, Noh) and Masami Iizuka (conductor, Ensemble Sonare). 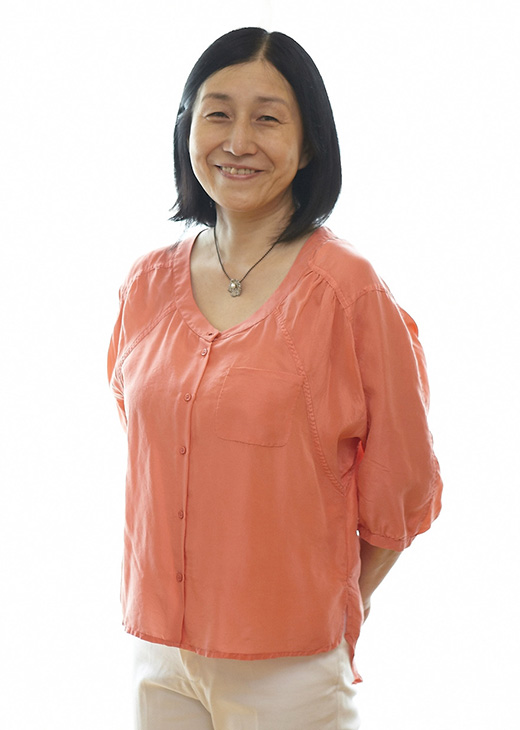 One-to one lessons:
～an easy way to learn～

Everybody has their own problems and different habitual pattern of tension. One-to-one lessons allows us to work with each individual needs.The Alexander Technique is about changing your unconscious bad habits, where taking an initiative yourself on daily basis is absolutely vital. As special exercises and equipments are not necessary, age, physical fitness or spacial capacity is not an issue. 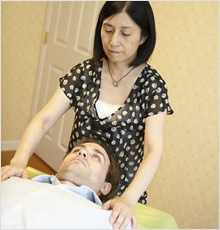 In 2012 STAT approved ATST (Alexander Technique Studio Tokyo) to found a Teachers Training course. It started May 2013, currently grown into a school with four Assistant Teachers as well as the HoT. 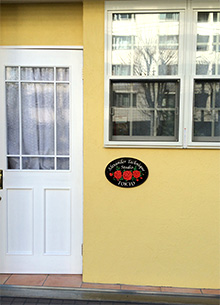 All communications must be made 24 hours prior to the scheduled appointment. If you miss, cancel or change your appointment with less than 24 hours notice,
you will be charged the full amount.

About the STAT (Society of Teachers of Alexander Technique)

In 1958 (three years after Alexander’s death) STAT was founded by the assistants and teachers who were trained by Alexander. The aims of the Society are: to maintain and to improve professional standards, to prevent abuse by untrained people and to make the Technique more widely known. The teaching members of STAT are certified to teach after successfully completing a three-year, full-time training course approved by the Society. Website: alexandertechnique.co.uk

As a musician in New York City, excellence is always demanded. Playing the double bass can be quite taxing on your body. The awkward size of the instrument requires you to be in positions not natural to the human body for the many hours of the day it requires to perform at a high level. Alexander Technique helps me use my body in a way that is as comfortable as possible when performing. It prevents me from constantly crouching over my instrument so left-hand technique is made much easier by giving me space for movement. Because I stand taller when I play, my stage presence has improved and has given me confidence on stage. Without this extra stress, I can perform at my full potential at all times.

My experience with The Alexander Technique began in 1985. She was visiting Japan a couple of times a year,and teaching for several months at a time. I enjoyed my lessons very much and felt that I was making good progress. I was learning how to use my body correctly, and felt that it was beneficial in all aspects of my life.
When Ms. Cox left Japan for the last time, after about 6 years of regular visits, I was able to continue studying sporadically, with visiting teachers, for a few years longer. But sadly, for the last ten years or so, I was unable to find a teacher.
This year I was very lucky to meet Ms. Fumie Hosoi and resume my study of The Alexander Technique. I am happy to say that once again. I feel that I have found a wonderful teacher.
Fumie’s lessons are expertly executed, and I always leave her feeling like I have accomplished proper alignment. I am always encouraged to continue because I can see progress.
Fumie’s teaching technique is both fluid and intuitive. She is able to quickly sense where the problems are in my alignment and quickly correct them. I also feel that with each lesson I am remembering more and more of the things I learned so long ago about the Technique and how to incorporate these lessons into my daily life. It is easier for me to remind myself how to move and sit and stand with more thoughtfulness, and freedom.
I can fully recommend Fumie as an excellent teacher of The Alexander Technique, and I look forward to studying with her for as long as possible.